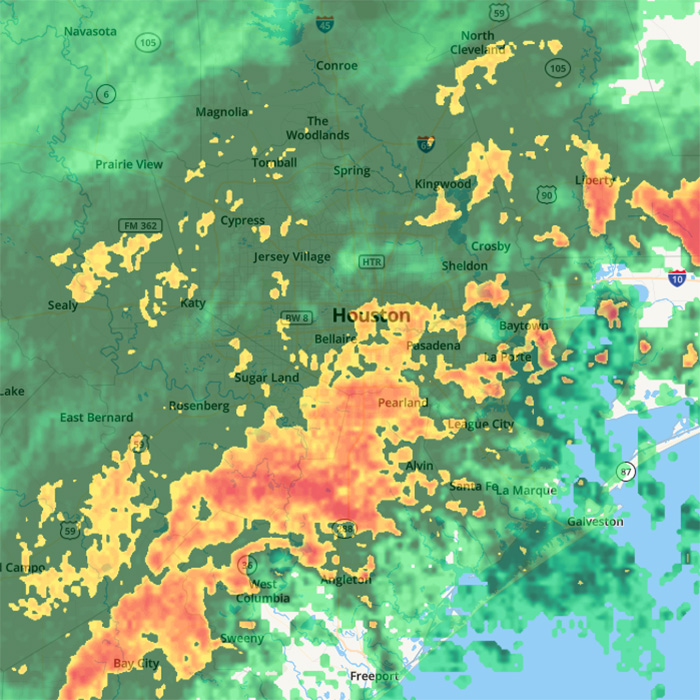 Here are two updates to this story (as of 5 p.m. Tuesday): Current—A Christian Church has set up a relief page on its website where people can make financial donations for relief efforts. Go to www.currentchristian.org/harveyrelief. Of the money collected, 100 percent will go to relief efforts.

Also, the church already has teams out doing construction work, and removing damaged carpet and drywall. Other teams are working to meet a variety of community needs, such as helping with supplies at schools and shelters.

Nathan Rymer, executive pastor at Current—A Christian Church in Katy, Texas, was taking cover in his home Monday morning, watching rain from what formerly was Hurricane Harvey—as well as surveillance video of the church building.

Rymer said the church’s main building looked good, but the renovated student building looked either to be flooding or very close to doing so. The church recently spent $250,000 to upgrade the structure for services, with a grand opening scheduled for Sept. 10.

“We can’t even get out and check on it,” said Rymer, who said his home was fine despite water entering the yard on Sunday. Some parts of Greater Houston have received more than 2 feet of rain.

The church, located about 30 miles west of downtown Houston, averages about 1,500 people in its Sunday services. Rymer said some members of Current have evacuated the area. Others are waiting out the storm in their homes. Some of those homes have flooded.

Rymer says many church members have used Facebook to volunteer their homes as places for people who are in need.

The church on Sunday canceled its services and instead held a Facebook Live prayer service to help church members to worship in the midst of the storm. Rymer said the church has yet to make plans for how to help its members and the community after the rain subsides.

Asked how churches across the country could help, Rymer suggested that they pray.

“Pray that Harvey would go somewhere else and mind his own business,” he joked.

Specifically, Rymer asked for prayers for safety for the people in the community. That’s what really matters at this point, he said.

“Stuff can be replaced and repaired,” he said. “A year from now it won’t matter that much.”

The image is a screen shot of a weather.com map of the Houston area from 1 p.m. CDT Monday.