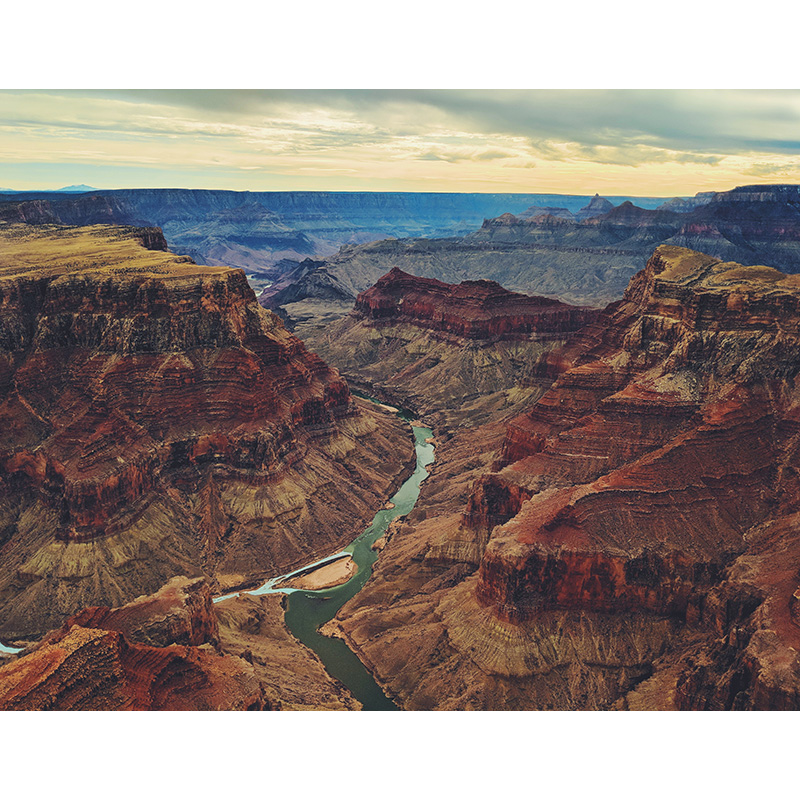 For 45 years, Christian Standard regularly published a feature called “An Epistle from Thistle.”

Editor Burris Butler introduced the feature with a brief editorial on page 4 of the May 3, 1952, issue. Beneath the headline, “Do You Like Thistle?” Butler wrote: “Let us introduce you to Thistle (page 14), our lighthearted and lightheaded friend. In his breezy way he corresponds with his unweighty friend, Down, on both light and heavy subjects, generally dealing directly or indirectly with religion. We hope you like him. If you do, we may be able to induce him to share more of his gems of wisdom.”

Here is that first “epistle.”

The other day in reading an introduction to the works of Charles Lamb (who could be lionlike at times!) I ran across an idea which may be of interest to you. Now please don’t stop reading, I’m not going to try to get you to read Lamb’s writings again—I gave that up long ago! The point is that the learned writer of this preface to Lamb tells of the time his sister Mary objected to some of his poems because they contained so many archaic words. She said this was entirely against the spirit of the age. To this criticism Lamb retorted heatedly, “Curse the age! I will write for antiquity!”

In your speaking about religion, my dear Down, I hope you are not preaching for antiquity. True, Biblical words and ideas are old, but ever new because they convey the truth of God. However, even they need to be translated into modern English. Who has not struggled with, “We do you to wit of the grace of God. . . .” (2 Corinthians 8:1) and “The bowels of the saints are refreshed by you, brother” (Philemon 7)?

But what I want to say, if I ever get to it, is that we tend to fight the battles of one hundred years ago rather than the battle of today. Often we preach against theories of miraculous conversion almost nobody holds today or cry out against a type of modernism that is now distinctly “old fashioned.” We must make an effort to speak to the people of today. Too many times our heroic conflicts are fought like the battle of New Orleans—after the war is over. Anyway, if this is a “bone of contention” I am sure that gnawing on some calcium won’t hurt your molars. Sorry—I thought I heard you growl!

I don’t know whether the writer of the feature was generally known or not—I suspect not. On May 3, 1992—exactly 40 years after the first “epistle” appeared in the magazine, editor Sam Stone shared a brief editorial in which he noted:

An irate reader recently wrote, taking issue with one of the epistles from Thistle. “Who is this ‘Thistle’ anyway?’” demanded the person.

Well, Sam was playing coy; he surely knew the writer was James G. Van Buren, minister with Central Christian Church, Pittsburgh, when he started writing the feature. Van Buren then became professor of humanities and Christian doctrine with Manhattan (Kan.) Christian College, serving from 1960 to ’85, and then lived at Mount Healthy Christian Home—which was then located next to Standard Publishing (and the magazine) in Cincinnati—the final 12 or so years of his life. In addition to writing “Epistle from Thistle,” Van Buren wrote regularly for Christian Standard, The Lookout, and other magazines. He also wrote books. Additionally, he served as president of the North American Christian Convention in 1955.

The Aug. 3, 1997, edition of Christian Standard announced Van Buren’s death at age 83. Stone allowed space on that issue’s editorial page for reminiscences by the editor who preceded him, Edwin V. Hayden, who lived at Mount Healthy Christian Home with James and Marge Van Buren, and shared most meals with them. Hayden wrote:

Whether it was preaching, teaching, writing, or conversing on any subject of his wide-ranging literary acquaintance, he [James G. Van Buren] approached it with a zest that was almost breathless in its intensity. He frequently confessed himself as blessed beyond measure at being paid to do what he would have been glad to pay for the privilege of doing! Here was a big man with a great mind, displaying the excited enthusiasm of a boy at his first circus.

His Christianity was, as he liked to describe it, a “faith that exclaims.” The glory of God, His creation, His grace, and His revealed Word; the amazing love and power and character of Christ; the grandeur of salvation in Christ and the church as His bride were subjects he never tired of celebrating in language that was never dull, but echoed with poetry and music.

Van Buren’s widow, Marge, wrote an article in that same 1997 issue. She described their 77-year relationship—from the time as a child she moved in across the street from him in Gloversville, N.Y.—to their marriage in November 1934, and then his earning degrees and serving in various ministries. She lastly wrote of starting an around-the-world trip together early in 1997, returning home halfway through it (after two months) when her husband’s heart and lungs began to fail. Mr. Van Buren died on June 8.

For virtually the entire time they knew one another, Marge put her secretarial skills to use typing and crafting her husband’s handwritten scripts so they were presentable for publication.

She summed up the article and their marriage by writing, “Sixty-two (plus) years with Thistle! What more could I ask?”

In that same issue—Aug. 3, 1997—the final “Epistle from Thistle” was published. Here it is:

Have you ever wondered how we should evaluate beauty? It is possible to say we like something because it is lovely, but how practical or worthwhile is it?

Our world is full of “practical people” who think only what is useful is important. It is the output—things we can eat or wear. Land which grows crops, trees that can be cut down, cut up, and utilized, these are the matters that count.

Some fail to realize that we need not only that which gives us nourishment, exercise, or transportation; we need also to appreciate things of beauty. Although Spaniards discovered it as early as 1540, an exploring party led by Lieutenant Joseph Ives in 1857 probably were some of the first white men to view what we now call the “Grand Canyon.”

This canyon of colored cliffs, expansive buttes and beautiful vistas made no impression on him at all. Certainly it was not a terrain which could be used for agriculture and indeed it seemed to have no practical value at all. He reported, “Altogether worthless. Ours has been the first and will doubtless be the last party of whites to visit this profitless locale” (“American Land of Beauty and Splendor,” Reader’s Digest, 1992).

We all know, of course, that thousands of people come from all over the world to view and marvel at this great and unique natural wonder. People want to quench their thirst for beauty, their hunger for spectacular visions of grandeur and glory. We are not content with only what is physically satisfying, but yearn for that which is appealing to other qualities in our lives. The delight we have in musical harmony and intricate structures and delicate fabrics and controlled movements is real and vital to us.

In similar ways there is our need for a recognition of the spiritual. We look beyond the merely sensual and physical to that which lifts and refines our yearning for God. From the pyramids of Egypt to the Gothic cathedrals we have evidence of the way beauty and harmony are part of man’s expression of essential qualities in his nature.

Jesus was aware of our need for the physical realities of existence and taught us to pray, “Give us this day our daily bread.” But He was also conscious of our need for something beyond this. So He also said, “Man shall not live by bread alone.”

It’s very practical not to be too practical, Down.