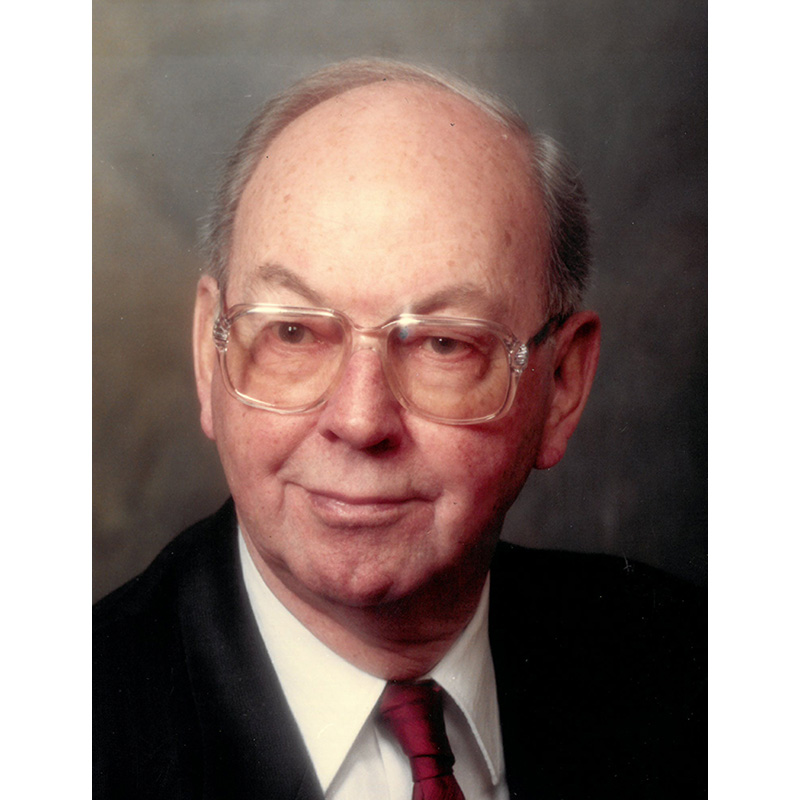 Every year, Maritime Christian College in Charlottetown, P. E. I., Canada, hosts a series of lectures. It’s a tradition that started in 1960, the year the college was established.

In the early 1980s, the annual event became known as the K. T. Norris Lectureship, honoring a man who helped found the college and became president shortly thereafter.

Kenneth T. Norris was born in 1915 in Toronto, Canada. He was baptized at Toronto’s Keele Street Church of Christ in 1932 after spending much of his boyhood in Trenton, Ontario.

Starting in 1936, he spent more than a decade attending college and ministering mainly in the United States before returning to his home nation for good in the early 1950s. A front-page story of the December 13, 1952, issue of Christian Standard carried the headline, “Norris Becomes Evangelist for Canadian Churches.” It began,

Montague, P. E. I., Canada—Kenneth T. Norris, former minister of the Christian Church in Fortville, Ind., has accepted a call to serve as evangelist for the Church of Christ here. In addition to his pastoral work with the local congregation, he will lead in strengthening weak churches and planting churches after the New Testament pattern in other communities.

While serving with the Montague church, Norris also ministered with congregations in nearby Murray Harbour and Murray River.

Norris earned degrees from Cincinnati Bible Seminary, Hanna Divinity School at Wittenberg College, and Xavier University, all in Ohio. In addition to serving at Fortville, he ministered in Ontario, Canada, and for five years with Grape Grove Church of Christ in Jamestown, Ohio.

Concerning his call to Canada, Norris said, “The church at Montague has a New Testament vision and is willing to translate it into actions. We hope and pray that we may be used of God to help fulfill their desires.”

The K. T. Norris Lectureship provides an opportunity for students, friends, and supporters of Maritime Christian College to hear some of the most outstanding speakers from the fellowship of the Christian churches or churches of Christ in North America.

The college website states: “The week of the Lectureship is always a highlight; it is an action-packed and event-filled week with both morning and evening lectures. Friendships are made and renewed and the time of study and learning creates excitement which proves to be, for many, the spiritual apex of their year.”

The 2020 Lectureship will feature Dr. Les Hardin of Johnson University Florida; it will take place March 10-13 at Sherwood Christian Church. The theme will be “Prayer, Parables, and Power: Spiritual Vitality in Biblical Thought.”

No registration is required; a freewill offering will be collected. For more information, go to mccpei.com or call (902) 628-8887.

Mr. Norris wrote for Christian Standard several times over the years, mainly in the 1950s. He served as president of Maritime Christian College from 1960 to 1980, then continued to teach part-time until 1989. He died in January 1999.

We’ll feature some additional history about MCC and Norris after sharing this short essay he penned for Christian Standard magazine in 1954.

One of the great questions of all time concerns life after death. To those who believe in life after death . . . there are two prevailing views: One belief is traced back to the great Greek philosophers who lived several hundreds of years before the Christian era. They believed that the spirit or soul of man is immortal, but that his body is finished when it is put away in the tomb. The other belief, taught and demonstrated by Jesus Christ, is that the soul is immortal and that the body will be resurrected from the dead. To confuse these teachings or to preach simple immortality of the soul as the Christian message is wrong. Christ was the first fruits of the resurrection. His body was raised from the dead. The clear Christian teaching is nothing less than that.

Of course, this belief poses a number of questions: if this body decays, how is it raised; if the body is blown apart in an explosion, how can it be reassembled; if it is mutilated, how can it be put back together? All these queries are answered in principle by the apostle Paul in 1 Corinthians 15:35-54.

The dead in Christ are raised by the power of God—the same power that makes the seeds and bulbs sprout and come to life in the spring, the same power that raised Jesus Christ from the dead and brought Him forth from the tomb. The man who says he cannot understand this or refuses to believe it is foolish; Paul says, “Thou fool” (v. 36) because he sees this power of God working every day and every year in the common course of nature. He does not say, I will not believe plants grow from seeds because I cannot understand it. He accepts it because he sees it work. In the same way, God raised Christ from the dead to give us a demonstration of how He will work in us to raise us from the dead.

It shall take place very suddenly, “In a moment, in the twinkling of an eye, at the last trump: for the trumpet shall sound, and the dead shall be raised incorruptible, and we shall be changed.” There will be no time then for a hasty change of mind or repentance at the last minute. This should make us stop and think about the eternal destination of our souls.

All this shall be at the sound of the last trumpet—the trumpet of the angel of the Lord. What an awesome, wonderful sound that will be. It shall, no doubt, fill the whole heavens and earth as the Lord returns to receive His own. “For the Lord himself shall descend from heaven with a shout, with the voice of the archangel, and with the trump of God” (1 Thessalonians 4:16).

‘‘Beloved, now are we the sons of God, and it doth not yet appear what we shall be: but we know that, when he shall appear, we shall be like him; for we shall see him as he is. And every man that hath this hope in him purifieth himself, even as he is pure” (1 John 3:2, 3).

Through the power of God, we shall receive new bodies. These bodies will be identifiable, incorruptible, glorious, powerful, spiritual—fashioned in the image of Christ’s. They will be given suddenly to His saints when Christ returns to receive up His own. “Thanks be to God, which giveth us the victory through our Lord Jesus Christ.”

Kenneth Norris’s granddaughter, Tammy J. Lewis, wrote an essay about her grandfather in 1992 for a Maritime History class at MCC. We’ll use that paper as the basis for some additional information about Mr. Norris.

Tammy Lewis wrote that in March 1953, after her grandfather returned to Canada, he began preaching on the radio program “Where the Bible Speaks” which aired on CFCY.

On top of this radio program, ministering to three congregations, and leading both Bible studies and youth groups. Norris, accompanied by local church men, such as W.O. Weale, made trips to the mainland in hopes of revitalizing many of the Christian Churches that were dying out. Such places would include Mill Village and River John, N.S. By the fall of 1953, Kenneth would make the trip to the mainland every Thursday morning, to hold a Bible study in the New Glasgow area.

By 1957, with the aid of Kenneth Norris, Harry Herring and W.O. Weale, a congregation was started in Truro. By the late fifties, Kenneth had led Bible Correspondence courses, deaned and managed Canoe Cove Christian Camp, ministered to the local churches, maintained close contact with some of the congregations on the mainland, and helped in raising a family. Now, in the late fifties, a need was felt to open a Bible College in the area. In the summer of 1959, a meeting was held to discuss this need further. Some of the men present were Harry Herring, Merle Zimmerman, Floyd MacKinnon, Mac Beck, Donald Stewart and Kenneth Norris.

By January of 1960, things were set to go for that fall. A man by the name of C. P. Herndon was president and Kenneth was teacher and dean. That summer, Herndon returned to the States, and the dean was left in charge.

Maritime Christian College went ahead and opened September of 1960, with Kenneth T. Norris as the president and main teacher. During the course of the year, Kenneth found himself travelling throughout the Maritimes and parts of the States informing people of the College and of its needs.

In 1967, a congregation had formed and services were being held in a community school in Sherwood. Kenneth was the preacher and leader. March of 1970 saw a full-time minister hired for the congregation, a building constructed that summer, and Ken remaining at the Sherwood congregation as an elder and teacher.

Throughout the 1980s, after his retirement from MCC, Mr. Norris continued to teach on Acts and the Gospels at the college.

For additional history of Maritime Christian College, go to http://mccpei.com/mcc-history/ .