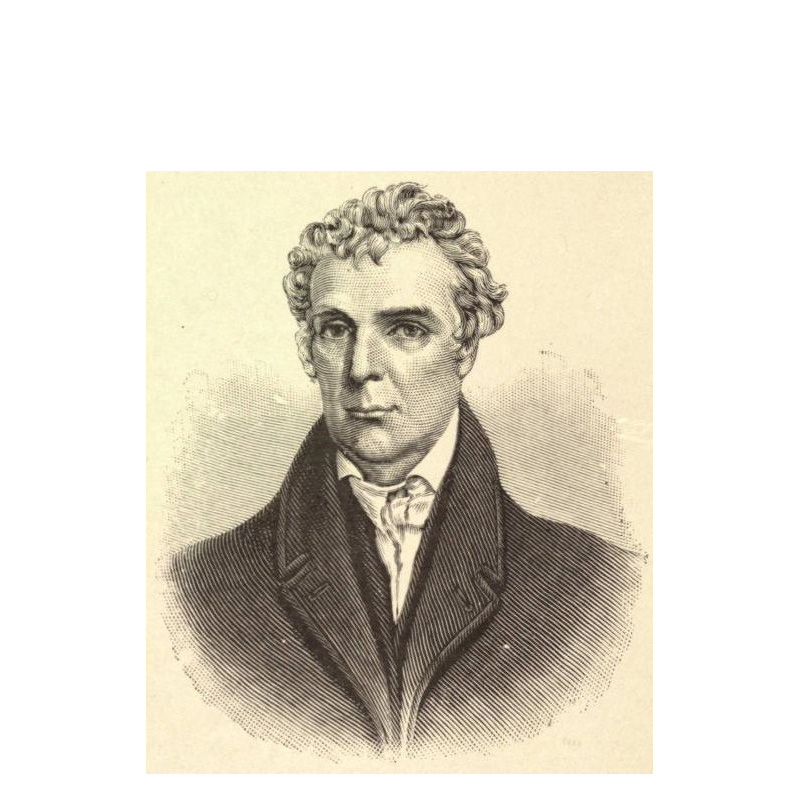 We continue our monthly series of excerpts from Christian Standard, circa 1909. The magazine devoted one issue each month that year to articles of particular interest to our movement.

Today we feature a sermon by Barton W. Stone, who allied with Alexander Campbell to form the Restoration Movement (aka, the Stone-Campbell Movement). No date is attached to this sermon, which we will prune some, as it is quite long. Here’s Barton W. Stone (1772–1844):

God’s Love for a Lost World

A Sermon by Barton W. Stone

The love of God is the spring, or moving cause, of all the benefits of the gospel. His love to the fallen world is absolute, and must be so declared to mankind. To say that God loved us, on condition that we should love him, would destroy the very idea of the gospel. “We love him, because he first loved us” (1 John 4:19). And “herein is love not that we loved God, but that he first loved us” (John 4:10).

The world, the whole world of mankind, is the object of God’s love, and to which he has given his Son. But, lest the light of this glaring truth should shine too brightly, some have artfully cast a veil over it, asserting that it was the elect world that God loved, and to whom alone he gave his Son. Of such a world the Scripture nowhere speaks, but declares that the application of the term “world” to the elect is highly improper. John 15:19: “If ye were of the world, the world would love his own; but because ye are not of the world, but I have chosen you out of the world, therefore the world hateth you.” But that the whole world is the object of God’s love, and that Christ is given to all, without exception, is evident from the following arguments:

2. The truth is further evident from the many invitations, calls and entreaties to all mankind to believe on him, and come to him as their Saviour, and freely receive his offered gifts. Isaiah 45:22: “Look unto me, and be ye saved, all the ends of the earth; for I am God, and there is none else.” Matthew 11:28: “Come unto me, all ye that labor and are heavy lade, and I will give you rest.” [Also: Isaiah 53:1; Revelation 22:17; Luke 14:17.] Now, how can we account for these invitations and offers made to all, if Christ be not given to all? How could we reconcile the conduct of a prince or sovereign, who should propose terms of pardon and peace to his rebellious subjects, when at the same time substantial reasons existed why he could not accede to his own proposals? If Christ be not given to the whole world, that part to which he is not given has no right to anything in him more than the fallen angels, and can not be invited to receive Christ or his benefits in truth and sincerity. Besides, how can their punishment be aggravated for rejecting Christ, when he never was, nor can be, offered to them in sincerity and truth?

3. But that Christ is given, and can be sincerely offered to the world, is further evident, because “He died for all.” “For the love of Christ constraineth us, because we thus judge, that if one died for all, then were all dead: and that he died for all, that they which live should not henceforth live unto themselves, but unto him that died for them” (2 Corinthians 5:14, 15). “But we see Jesus, who was made a little lower than the angels, for the suffering of death crowned with glory and honor, that he, by the grace of God, should taste death for every man” (Hebrews 2:9). [Also: 1 Timothy 2:6; 2 Peter 2:1; John 1:29.] Many glosses have been put upon these and similar passages of Scripture; yet the light will beam forth. Many veils have been drawn over them, yet candor will strip them off.

4. That Christ died for all is still further evident, because sinners who hear the gospel shall finally be condemned for not believing and obeying it. “He that believeth on him is not condemned, but he that believeth not is condemned already; because he hath not believed in the name of the only begotten Son of God” (John 3:18). “The Lord Jesus shall be revealed from heaven with his mighty angels, in flaming fire; taking vengeance on them that know not God, and obey not the gospel of our Lord Jesus Christ” [2 Thessalonians 1:7, 8]. [Also: John 12:48; James 2:12; 1 John 3:33.] All to whom the gospel is preached are, therefore, required, on pain of damnation, to believe in Christ for righteousness and salvation. But how can this be required of those for whom Christ never died to procure salvation? If such are required to believe, they are required to believe an untruth . . . , and can we think that the Judge of all the earth would condemn his creatures for not believing a lie? God forbid! Therefore, as all to whom the gospel is preached are required to believe in Christ on pain of damnation, it follows that he died for all! . . .

Thus we see the general proposition, that Christ is given to the whole world, sufficiently established. And as Christ is given, so with him is all his fullness given, or all that is in him. For we have no authority to believe that a partial Christ is given or offered to any.

Christ is not divided. “He that spared not his own Son, but delivered him up for us all, how shall he not with him also freely give us all things?” (Romans 8:32). In him is fullness of salvation, pardon, eternal life, grace, wisdom, righteousness, sanctification and redemption, the fullness of the Spirit: in a word, all the benefits he procured by his death, and which he afterwards received as gifts for men, even for the rebellious, when he ascended in triumph to his Father (Psalm 68:18).

God sits upon the mercy-seat to dispense grace and mercy to a lost race. None but sinners need mercy; therefore, none but sinners have any business at the mercy-seat, and no other character does God receive there. The rich he sends empty away—Christ came not to call the righteous, but sinners, the poor, the maimed, . . . the blind, the chief of sinners. If Christ receiveth sinners only, then every attempt of the sinner to make his condition better before he comes to Christ, is an attempt to throw himself out of the reach of Christ and of mercy. As long as he remains out of Christ, he remains out of the way, the truth and the life. . . .

From these and similar passages it is evident that the word of truth is the means of enlightening, quickening, regenerating, and sanctifying the soul. But how does the gospel effect these mighty works? We answer, through faith. The gospel or “word of God is quick and powerful, sharper than any two-edged sword” (Hebrews 4:12). It is living and abiding—it endureth forever (1 Peter 1:23). It is spirit and it is life (John 6:63). These are essential properties of the gospel. To an unbeliever, the gospel is weak and produces no effect. No means whatever will produce its effect without application. So God never appointed that the gospel should regenerate the human heart without application. Faith is applying the means or admitting the truth into the heart. When the sinner believes it, he is quickened, renewed and sanctified. When it is received, it is like the seed sown in good ground, which sprang up and brought forth fruit (Matthew 13:23). It is that which breaks up the fallow ground of the heart. For “it is the power of God unto salvation to every one that believeth” (Romans 1:16). [Also: Romans 1:16; 1 Corinthians 1:21; 1 Thessalonians 2:13.] Here we find the word of God worketh effectually in believers; but it can not work in unbelievers, because of unbelief. For the word preached does not profit when not mixed with faith in them that hear it (Hebrews 4:2). It may remain in the Bible till the day of our death; unless we believe, it will no more effect a change in our hearts, than seed will grow while it lies dry in the garner. God does not operate upon us as upon dead matter. . . .  He deals with man as a rational creature. The strongest motives are presented to our understandings; but they can not move, excite or influence us unless we believe; in other words, that are no motives at all without faith.

God has revealed himself to us in his word; but he is invisible; he can not be seen with mortal eyes; nor can we have any true knowledge of him until by faith we receive the testimony he has given of himself in his word. Then we have evidence that God is always present with us; in him we live and move and have our being—that he is infinitely holy—that he hates every sin—that he searches the hearts and tries the reins of the children of men—that he is gracious and merciful—that he is unchangeable: what he has spoken once, he speaks always. His word is his power to salvation. By it he spoke all things into being, and by it he upholds all things. It is the voice of his Spirit, now and always, addressing us. It is as a fire and hammer; and the sinners who receives it feels its powerful efficacy. It is a discerner of the thoughts and intents of the heart. The testimony of God being now admitted as true, the sinner discovers how unlike he is to God; the more he sees of God, the more he abhors himself. His fears may be awakened by the thunders of Mount Sinai; but it is only a view of the holiness, goodness, love, and the free, unmerited grace and mercy of God, which produces true conviction and true repentance, and which humbles the soul, slays the enmity of the heart, and makes him willing to depart from all iniquity. He adores the riches of divine grace, which is extended to such a poor, polluted work of the dust. He hates sin, and laments over it, because he sees it is committed against a God of infinite holiness, condescension and love. He devotes himself to God, to be for him, and not for another. But all these effects are produced by the belief of divine truth, or by the evidence of things not seen, received through faith.