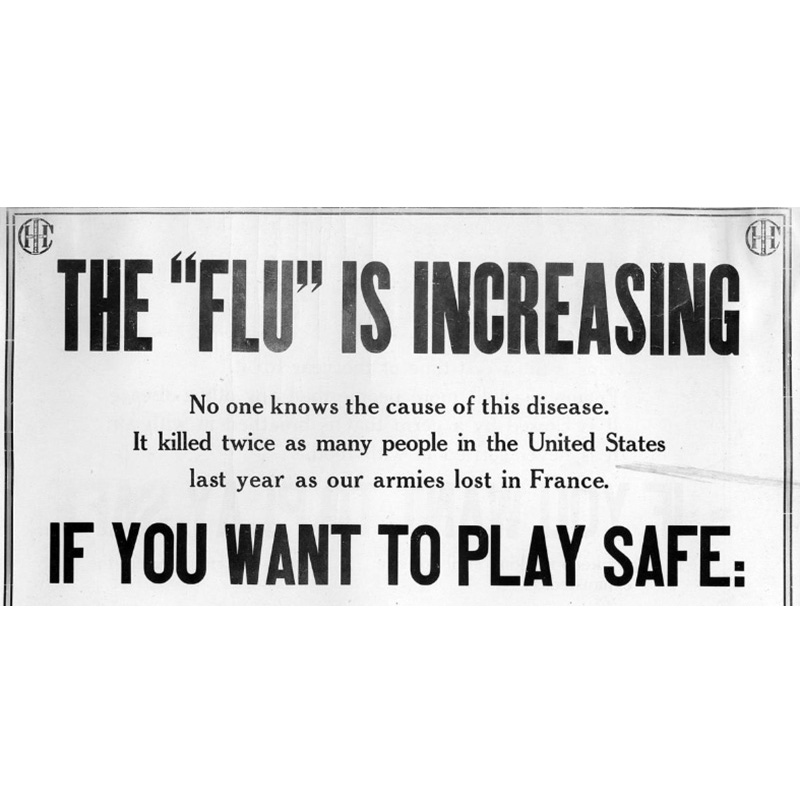 With coronavirus, or COVID-19, continuing to infect and kill people in the United States and around the world, we thought it an appropriate time to reflect on the 1918-19 influenza pandemic that caused at least 50 million deaths worldwide, with about 675,000 occurring in the United States.

Last week we shared a Christian Standard editorial from Nov. 2, 1918 (click here to read it). This week we opt for a somber editorial from January 4, 1919.

(By the way, in our last column we reported there had been 475,000 confirmed COVID-19 cases worldwide resulting in more than 21,000 deaths. As of early this morning—almost exactly one week later—the running total now stands at 950,000 coronavirus cases and more than 48,000 deaths.)

It is estimated that, in round numbers, six million people have been swept out of the world by the influenza epidemic which has raged during the past few months. The scourge has been no respecter of nations, and here in America it has held sway in every section. Owing to quarantine regulations, always strict in the United States, we have not suffered as have some of the other countries. Nevertheless, the fatalities in America run into figures that stagger the mind. Thousands of homes among the disciples of Christ have been afflicted, and the doors on which crepe has been nailed are numerous. To all who have lost loved ones we extend heartfelt sympathy, and for them we breathe a prayer.

Our ministry, especially, has been smitten. The following heralds of the Cross have recently gone hence:

Boone, J. G., minister at Athens, Ala., but serving as army chaplain at Camp Mills, N. Y., at time of death.

When the epidemic broke out in our land, these brethren were active—proclaiming the gospel on the Lord’s Day and ministering to their communities during the week. Many, perhaps all, visited, prayed with and buried victims of the influenza during the early days and weeks of the epidemic. And when they were trying to encourage the sick and comfort the sorrowing, they did not think of themselves—a characteristic of faithful ministers. Now they have joined the hosts that have gone on, and their families are left to mourn their decease, the communities they served have lost true friends and benefactors, and the cause they loved is bereft of their eloquent voices and consecrated lives.

To the congregations our recently departed brethren served, and especially to the loved ones from whose arms they were snatched, we would say, as these consecrated men often said to the bereaved: “Place your trust in the great Comforter. He alone can dry your tears and strengthen your hearts.”

Here’s the Scripture verse referenced by the headline: “We are confident, I say, and would prefer to be away from the body and at home with the Lord” (2 Corinthians 5:8).

Image: Detail of a sign posted at a factory during the 1918-19 influenza epidemic.