Thanksgiving is more than an annual holiday. For Christ followers, it’s a vital spiritual discipline. Jesus often modeled giving thanks for us. When he raised Lazarus from the dead, Jesus thanked his Father for hearing him (John 11:41-42). Before he fed the 4,000, he gave thanks for what was available to him—seven loaves and a few small fish (Mark 8:6-7). Jesus lived a life of thanksgiving for the big as well as the small blessings.

And the early church followed Jesus’ example. The apostle Paul wrote, “Do not be anxious about anything, but in every situation, by prayer and petition, with thanksgiving, present your requests to God” (Philippians 4:6).

Don’t miss the words “with thanksgiving.” Giving thanks is an attitude that is part of our lives. Especially in the circumstances of this past year, we need to live with this attitude. Instead of worrying, we can be thankful because we trust in an all-powerful God. In every situation. In every circumstance of life. Even in 2020.

The word for thanksgiving in Philippians 4:6 is also used in 1 Corinthians 11:23-24: “The Lord Jesus, on the night he was betrayed, took bread, and when he had given thanks, he broke it and said, ‘This is my body, which is for you; do this in remembrance of me.’”

The word used in both cases is a form of the Greek word eucharistos. Sound familiar? Eucharist literally means “giving thanks” or “gratitude.” Eucharist became the word believers (sometime before AD 100) used for the celebration of the Lord’s Supper.

This is incredibly significant! As followers of Christ, we gather together every week to give thanks for Jesus’ death, burial, and resurrection, which bought for us eternal life with him.

Thanksgiving, eucharistos, is also an act of worship. Worship is more than something we do in a building once a week. It’s part of who we are—and whose we are—as Christ followers.

As we take this bread and this cup, reminders of Jesus’ crucified body and shed blood, we do so with eternal thanksgiving and with abiding worship. 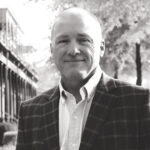 Yoncalla Church of Christ in Oregon is seeking a senior minister. Johnson University has an opening for Professor of New Testament. First Christian Church in Meadville, PA, is looking for their next student minister. Plus other ministry opportunities.

By taking these symbols of Jesus’ body and blood, we announce we believe there really was a Jesus, and he really did die for us and carried all our sins down to a grave . . .

The Captain Family: “Go Where God Calls You”

‘7 Reasons to Back Church Planters’

I soaked up Sam Stone’s wit and wisdom during our lunches together. Afterward, I’d take notes about our conversations. After hearing of his passing, inspired by his wordsmithing, I felt compelled to share just a small part of his story.

Sam E. Stone: ‘He Tried to Speak the Truth in Love’

In memory and appreciation of our former editor, Sam E. Stone, who died early this week, we share this 2011 column from Christian Standard’s archives in which Sam discussed four Scripture verses significant to his life.

Church leaders are invited to participate in our annual church survey. We will be collecting data from churches of all sizes through Monday, Jan. 25.

Three Bibles of historical significance to Cincinnati Christian University were the first books place on the shelves during relocation of the George Mark Elliott Library.

RHM Residency Program a ‘Leadership Pipeline’ for Ministry in Northeast

Leaders Encouraged to Participate in our Annual Church Survey

Dr. Martin Luther King Jr. saw in minority groups’ struggles for social equality in America a parallel with Israel’s bondage in Egypt. King envisioned God’s goodness would deliver the U.S. from the evil of segregation.

Since I first enrolled at Ozark Christian College, Mark Scott has been my kingdom hero, and I’m not the only young preacher Mark has shaped. Over his 35 years at OCC, Mark has inspired generations of students.

“All the Standard asks is the opportunity to serve, and it yearns to render in 1921 the greatest, finest, and best service of its history. . . .”

In its first full year, the Christian Church Leadership Foundation has accomplished much to ensure Christian education and resources would continue to be available to people in the Greater Cincinnati area.

His Biography Is Not Complete

Victor Knowles recommends you ask yourself these questions as you preach or prepare to preach.

Every Church Is Now a Church Plant

The Key to the Future Is in the Past

A Study of Alexander Campbell (Part 2)

And now, part 2 of John L. Morrison’s series on Alexander Campbell from 1967.

A Study of Alexander Campbell (Part 1)

A Strong ‘Harvest’ Despite Pandemic (Plus News Briefs)

The Spectacle of the Cross

An Examination of Miracles

Not a Waiting Room

2020 SpireConference Goes Off Virtually Without a Hitch

Ozark Students Under Weeklong Self-Quarantine Due to COVID-19

Empson Shares about ICOM’s Challenges During 2020 (Plus News Briefs)

My Counsel for Young Preachers

If I were counseling an aspiring young preacher fresh out of Bible college or seminary, champing at the bit to lead in the church, I would offer these three bits of advice.

My Memories of Marshall Leggett

By Ben Merold
As I think about Marshall Leggett, who passed away on March 2 at age 90, two personal experiences keep coming to my mind . . .

Go and Sin No More

ICOM Changes 2020 Gathering to Both In-Person/Online

Suspect in Deadly Shooting Arrested Inside Church as Worship Begins

The Servant of Slaves

To Mask or Not to Mask?

Communion on the Moon

Why Are We Shooting at Each Other?

Ministry Training & Resource Site to Open Near Cincinnati in Fall

When the Powell quintuplets were born in 2001, all of Kentucky celebrated, including Southeast Christian Church, where the Powells are longtime members. Now the quints are 18 and are all headed to the same university.

Unser Jr. to Share with Indiana Church (Plus News Briefs)

Keeping Facility Clean an Obstacle to Reopening (Plus News Briefs)

News Briefs for May 6

Reentry: It May Be Harder Than We Think

When the COVID-19 crisis eases, I anticipate that reentry is going to be harder than some people think. Churches, especially, need to prepare for this.

His Mother Stayed Near

COVID-19: Guidelines for Closing and Reopening the Church

“We’re Going to Come Out of This Stronger”

Ellsworth’s Farewell Sermon On Hold Until Church Can Gather Again

South Side Among Churches Adapting Easter Plans (Plus News Briefs)

The Science of Memory

Influenza Pandemic of 1918-19: “Our Ministry, Especially, Has Been Smitten”

A Global Pandemic—We Were Made for This!

Influenza Pandemic of 1918-19: "An Epidemic, Sweeping and Terrible"

Communion in a Socially Distant World

A Megachurch Pastor's Letter to His Congregation

When Good Gifts Are Wrapped in Ugly Paper: How We Can Be Bright Lights in Dark Circumstances

Stadia Honors Tom, Debbie Jones with Award Named for Them (Plus News Briefs)

Regret for a Preacher Turned Sociologist

Genuine, Fervent Prayers . . . and the Alternative

Technology and the Church

Your Digital Screen Door: 6 Common Church Website Mistakes and How to Fix Them

How to Develop an Online Church Campus

If You Lead Alone, You're Doing It Wrong

Church Tech without the Technobabble

Christian Standard and The Lookout Merge!

We're All in This Together

Of Pageantry, Baptism, and the Catholic Church

Whom Is God For?

We May Forget, But God Does Not

Baptisms a Marker of Success in Indiana Minister's Return to Coaching

Plainspoken Advice from a Veteran Minister, Circa 1900

A Table for All People

'Will You Say a Prayer for Me?'

The Bond of Believers

Philippians 4:6 Is ‘Verse of the Year’ (Plus News Briefs)

The Birth that Changed the World

The Festival of the Second Mile

‘The Gift of God to Godly Men’

Even after 25 Years, Churches Welcome Thousands for ‘Journey to Bethlehem’

‘I’ll Be (Living at) Home for Christmas’

The Baby in the Manger

The #1 Frustration of Christian Leaders

The Light of a New Day

Three Stories of Hope: The Legacy of Cincinnati Ministry Education

When the Unlimited Takes on Limitations

How to Celebrate Thanksgiving Well . . . Even if It’s Not Happy

‘The Church of the Air’

Barbara Rendel Continuing to Scatter JOY after Many Years in Ministry

“The Sovereignty of Jesus” (Keynote Sermon at the Centennial Convention)

CCU’s Trustees Apologize, Plus Other Updates about Pending Closure

An 1800s Preacher Shares His Story

The Sweetest Love of All

McCormick Announced as LCU’s Next President

STARTING SMALL: In Praise of the Smaller Church

Rejecting the Temptation of Isolation

Small Churches: Responding to Some Stereotypes

The True Test of Faith

An Urban Conversation for the Restoration Movement

‘What Does It Mean to Be a Real Christian?’

McGilvrey Retiring after Ministry with an Unexpected Twist

Kentucky Christian Will Celebrate 100th at Homecoming (Plus News Briefs)

Single, Pregnant, and Heading Off to Christian College

The Meaning of Our Labor

Ellsworth Plans to Retire from Sherwood Oaks; Green to Replace

‘Our Plea for Union Differs from All Others’

Ozark Profs Share the Bible ‘On Demand’ Via NextLevel

Who Will Fill Their Shoes?

W. R. Walker: A Minister and Much More

‘Holding the Hand of Jesus’

Names of Christ Followers in the New Testament

Antioch Christian Continues to Cope with Death of Pastor

Bob Wetzel ‘Found a Home in the Christian Church’

Taking on the Tobacco Habit

Whatever Happened to Pentecost Sunday?

In New Book, Harlow Examines ‘What Made Jesus Mad’

In Praise of ‘Holiness’: New Book Seeks to Reclaim the Word

Stone Hands Off SECC Leadership to Idleman (Plus News Briefs)