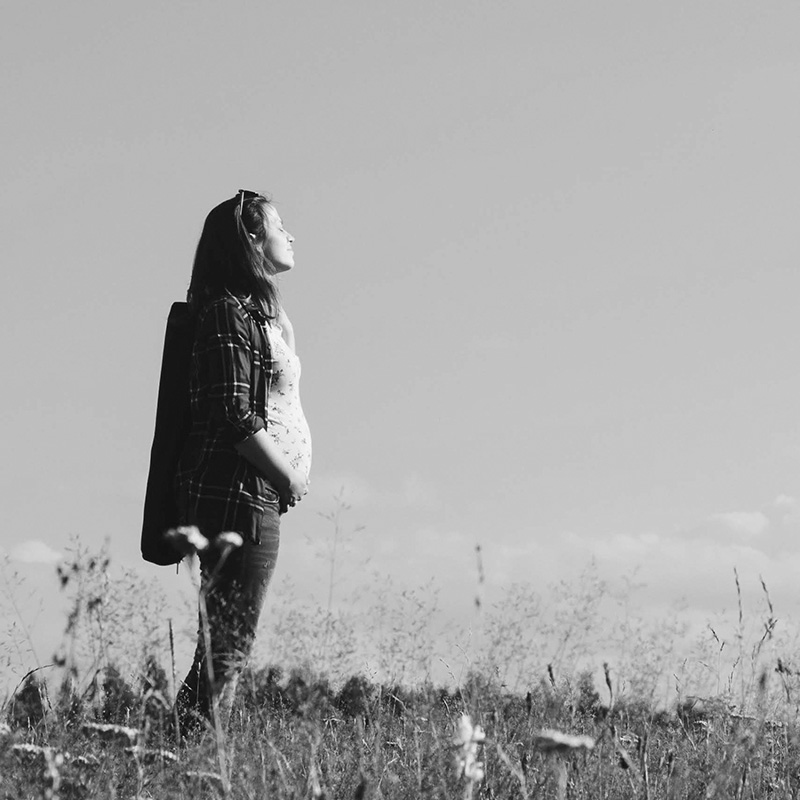 Here’s a heartfelt, first-person essay that undoubtedly was the best-read and most-talked-about piece from the August 19, 1979, issue of Christian Standard.

My Experience as an Unwed Mother

The article in your magazine about unwed mothers (March 18, “The Unwed Mother—A Dilemma”) prompted me finally to write of my experiences as an unwed mother.

I was much more lucky than those described in the article. I was eighteen, had just graduated from high school, worked at a good job as a secretary, and was going to attend a Christian college in the fall.

I was raised in a very good Christian home where we were close. I knew that what I was doing was wrong, but it was so hard to say “no” when “yes” was so easy.

I suspected that I was pregnant when I left for college, but I never said anything. I just put it out of my mind. I really enjoyed college life and was so thankful that I went. Before school I had drifted away from praying and being really close to God. All the dorm activities and being around others who were on fire for Christ helped me realize that I really needed Him and that He loved me. I began to pray again and got back closer to the Lord. I have always believed in Christ, but I had problems showing it.

At college I met a guy whom I really liked. We did a lot of walking and talking. We always prayed before we said good night. It was the first time I had ever prayed on a date.

As the months went on, I was able to try to forget that I was pregnant. In my fifth month, two weeks before I was to go home for Christmas break, I wrote a former minister of my home church and told him. He made an appointment at a clinic for me. I knew what the results of the test would be, but I wanted to be positive before I told anyone.

When I went back to school that night I still hadn’t told my boyfriend. He knew that something had been bothering me, because I always kept things to myself. We had had a few arguments over my not expressing my feelings.

I waited until the weekend when my boyfriend was through with all of his final exams. When I finally told him, he was very quiet. He wasn’t sure what to say or think. He said he couldn’t hold it against me because God could forgive me, and it had happened before I knew him.

We loved each other, but we weren’t sure if things would work out since we had only known each other for four months. Difficult times were ahead. My family did not know yet; he was studying to be a minister. We prayed about what was ahead for us. We told a few of our close friends before school was out. It was very hard to say good-bye and go our separate ways.

Telling my family—When I got home, Mom was a bit suspicious because of the weight I had put on and the fact that I had brought home all of my things from school.

I told her first. We cried and held each other; then we told Dad together. The next day Dad talked to the chairman of our church board and our minister. We had decided the best way to handle it would be to tell the people in the church instead of letting it get around by gossip. I had always been close to the people in our church. That Sunday my parents told a few of the people about my situation and that I did not intend to keep the baby, but to put it up for adoption.

I’m thankful that neither my parents nor the father’s parents tried to force us to marry. We had always been good friends and had grown up together, but we did not love each other.

The thought of abortion was out of the question. I could never have done that. The idea of falling down a flight of stairs or wrecking the car (both ideas I had learned from watching TV) had crossed my mind, but I could not take another’s life.

I went to the doctor to be sure everything was O.K. He said that if I intended to put the baby up for adoption, he could find a family and they would also pay all doctor and hospital bills. That was very tempting because I had hurt my parents enough and I knew they did not have that kind of money.

My mother wanted me to keep the baby and was very strong in letting me know that I should keep it. My father did not say much; we both kept things inside of ourselves. We talked to a Christian children’s home to see if they could handle the adoption, to be sure that the child would have Christian parents.

My boyfriend from college returned to school. He visited me every few weeks. He would not say what he thought I should do with the baby, because it was a decision only I could make. I would have to live with it. I felt then—and still do now, two years later—that I did the best thing for the baby.

Choosing my course—I appreciated all the prayers of those who cared what happened. I attended my home church every week and felt welcomed and loved. They were concerned about my situation and acted like real Christians. There were many hard times and hurt feelings but we all made it through together with a lot of prayer and love. My mother attended childbirth classes with me and stayed with me all the way through delivery.

After I returned from the hospital, the social worker from the children’s home came to see me again. I had plenty of time to change my mind if I wanted to. They had told me that if I wanted to, I could write up a medical report, family history, and my feeling about the baby to put in the adoption file.

I don’t worry about my baby because I know she is with parents who love her and can give her the care she needs and deserves. I am so happy that she was able to be with a Christian family. I do wonder what she looks like now and what they named her.

My boyfriend from college graduated this year as a ministerial major and plans to attend seminary. We have just celebrated our first year of marriage. We went through many trials, but they have only brought us closer to God.

I am thankful for my parents’ love and understanding, and for all my relatives and Christian friends who prayed for us. I am especially grateful to the family of my baby for loving her and giving her a good Christian home.

Two months later, the magazine published two short letters that commented on the article. The first, written by a man from Iowa, applauded this article and an article on divorce from the same issue. He said they were “of practical help and pass-along quality.”

The second letter, written by an Ohio woman, said: “I’m surprised that you would publish such a thing as on page 7 in the Aug. 19 issue of the Standard! . . . It sounds like popularizing such a thing. I think the publication of such is just plain awful!